The inevitable break-up of the inaugural Golden Knights team makes sense, but chokes one up a bit 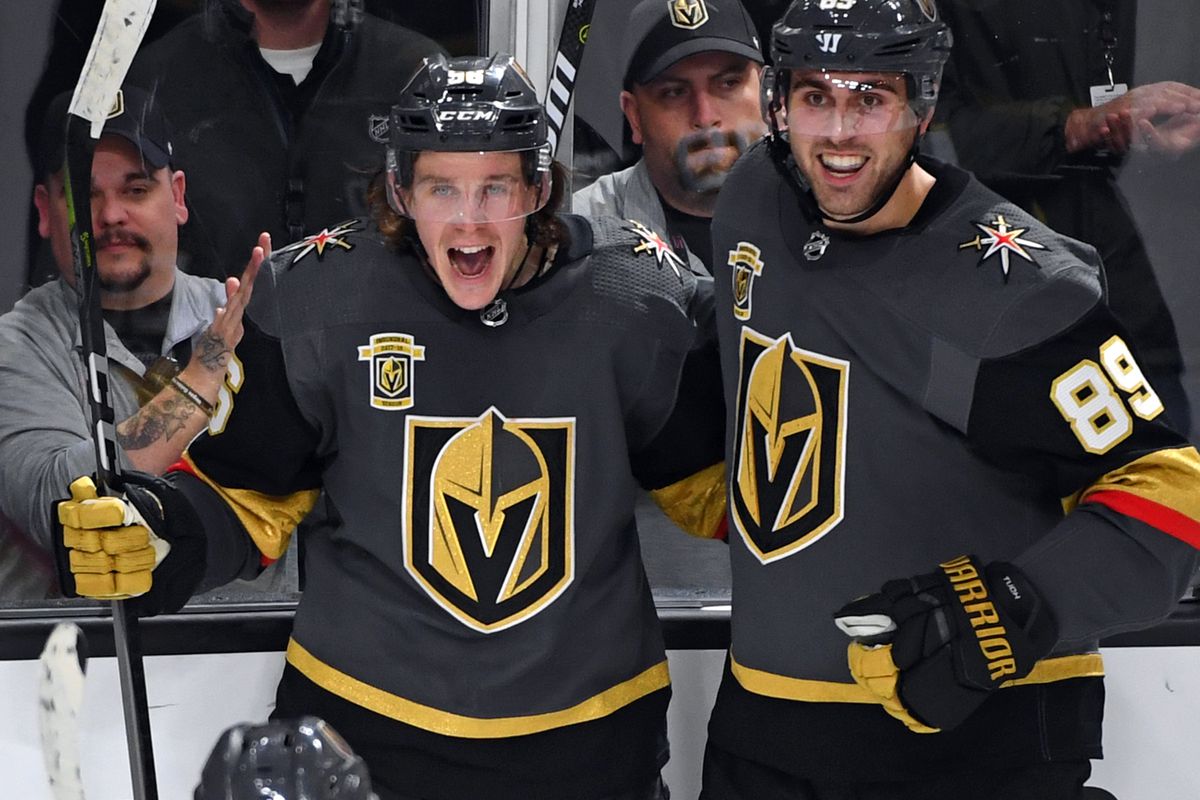 For those of us who are sports fans, I’d be willing to bet our most enduring memories occurred during our childhood, or at worst, early in adulthood.

Four memories stand out for me:

• In 1971, Roberto Clemente led the Pirates to the World Series championship with a fantastic performance, capped by a great game in Game 7. I’d just turned 12 when they won it.

• In 1975, Joe Greene pretty much willed the Steelers to the first of what is now six Super Bowl championships when he led them to a 16-6 victory over the Minnesota Vikings at Tulane Stadium in Super Bowl IX in New Orleans. I wasn’t quite 16.

• In 1980, the U.S. Olympic hockey team captivated the nation by winning the gold medal with the “Miracle on Ice” in Lake Placid, New York. I was a junior in college.

• In 1991, Mario Lemieux lifted the once-sorrowful Pittsburgh Penguins to the top of the hockey word, winning the Stanley Cup championship in six games over the Minnesota North Stars. The Penguins had been through so much, and I’d been such a diehard fan, that I’d cried unabashedly when Mario toted the Cup around the ice. It was a moment I’ll never forget.

But I was in my late 50s in 2017 when the Golden Knights were born, and I’d had a full-time job covering sports since 19, while I was still in college. Over all those years, I’d become hardened. I covered championships of all sorts, but as a neutral observer unable to cheer, to show my passion. I was there to report on the event and not to enjoy it myself.

By 2017, I’d been in Las Vegas for nearly three decades, and had long doubted the city would get the major league sports franchise locals were so desperate to have. I’d covered scores of dubious minor league sports ventures, all of which failed, most of them spectacularly.

The Golden Knights touched my heart in a way that I’m not sure any sports team ever has done. It was an expansion franchise, and before it had ever played a game, I was rolling my eyes at the guy who was running the team’s Twitter account.

His shtick was to outlandishly predict victories and note that the team’s players would develop into big-time stars. When the Golden Knights signed free agent forward Vadim Shipachyov out of the KHL and assigned him No. 87, the team’s Twitter account noted he automatically became the best No. 87 in sports history.

Of course, it outraged those who took it seriously. The joke was on them as they increduously asked if he’d ever heard of another No. 87, a guy by the name of Sidney Crosby, who played for the Pittsburgh Penguins and was probably one of the 10 greatest players in hockey history.

Shipachyov had difficulty adapting to the culture and came off as entitled. He refused an assignment to the minors and the Golden Knights got rid of him quickly, shipping him back to the KHL.

But the rest of his teammates that year were special. Each of them had something to prove. Each of them loved the game, and wanted to help build it. And so they patiently spent time in the community and met the fans and built a rapport.

The tragic shooting of October 1, 2017, in which 58 people were killed, and the Golden Knights’ reaction to it, bonded the team and the city in a way that is hard to describe unless you were there to experience it. None of these guys had ever been superstars; heck, outside of Marc-Andre Fleury and maybe James Neal, none of them had ever been regarded as a star, period, in the NHL.

The Knights, of course, made a run to the Stanley Cup Final and won Game 1 over the Capitals to stand three wins away from what would have been hands down the most amazing season in pro sports history. The good omen for VGK fans after that Game 1 victory was the sense the team hadn’t played its best game and yet still had won.

The Capitals swept the ensuing four days to crush the dream of a “Cup in One,” but the fans who supported that team will never forget the impact it had upon them

On Tuesday, the Knights traded center/left wing Erik Haula to the Carolina Hurricanes for a prospet, Nicolas Roy, and a conditional fifth-round draft pick. It was a necessary move to help get the Golden Knights under the $81.5 million salary cap.

Haula has a $2.75 million salary cap hit and was not guaranteed a place in the lineup. There are probably more such moves to come. Cody Eakin, a heart-and-soul player who develoepd into a terrific penalty killer and a valuable No. 3 center, may also be dealt. It seems at least probable the team won’t re-sign defenseman Deryk Engelland and center Pierre-Edouard Bellemare.

Bellemare was one of the least physically gifted players on the team, and was acquired in the expansion draft from the Flyers. That made it almost impossible for me to like him. My long-time love of the Penguins meant an equally fervent dislike of the Flyers. I’m still never sure if I’m happier when the Penguins win or the Flyers lose.

But Bellemare was one of the classiest guys you’d ever want to meet. He shaved his head to show support for a cancer charity. He dove in front of 100 mph slap shots without regard for his body, and he was always a cheerful, encouraging presence.

Despite his background with the Flyers — Yeah, I still can’t stand them, or Gritty — Bellemare became my favorite on the team.

After that magical season one, the VGK decided not to offer contracts to Neal and David Perron, who teamed with Haula for most of that inaugural season on the club’s second line. Neal signed with Calgary and was largely a flop, but Perron was a valuable player and won a Stanley Cup with the Blues. There were a lot of tweets from Las Vegas congratulating Perron on the night the Blues defeated the Bruins in Game 7 to win the Cup.

Now, Haula has become a salary cap casualty. If the truth be known they’ve been replaced by better players (all of whom are terrific guys): Center Paul Stastny and wingers Mark Stone and Max Pacioretty. Remember my words when I say that line will be one of the best in the NHL in 2019-20, assuming they all remain healthy.

But Haula, Neal and Perron were integral to the unexpected success of that first team. Engelland and Bellemare were its heart and soul.

You learn early on if you’re a sports fan to root for the logo and not the players, because players are going to come and go all the time.

There was no more special group of players than the 25 or so guys who made up the inaugural VGK team.

And while the changes that president of hockey operations George McPhee and general manager Kelly McCrimmon are needed and logical, sound moves, it still hurts.

The 2018 Golden Knights were one of the great stories in the history of sports, and I watched it from a few rows off the ice night after night.

The moves McPhee and McCrimmon have made make sense from a business and hockey standpoint.

From a fan’s standpoint, though, it is awful. It’s a reminder of the clinical nature of professional sports and how difficult it is to sustain something as special as the bond the team and the city enjoyed that year.

The passion for the Knights runs deep in this city, but if you poke just hard enough, you’ll find most of us will tell you there’s nothing like that first time.