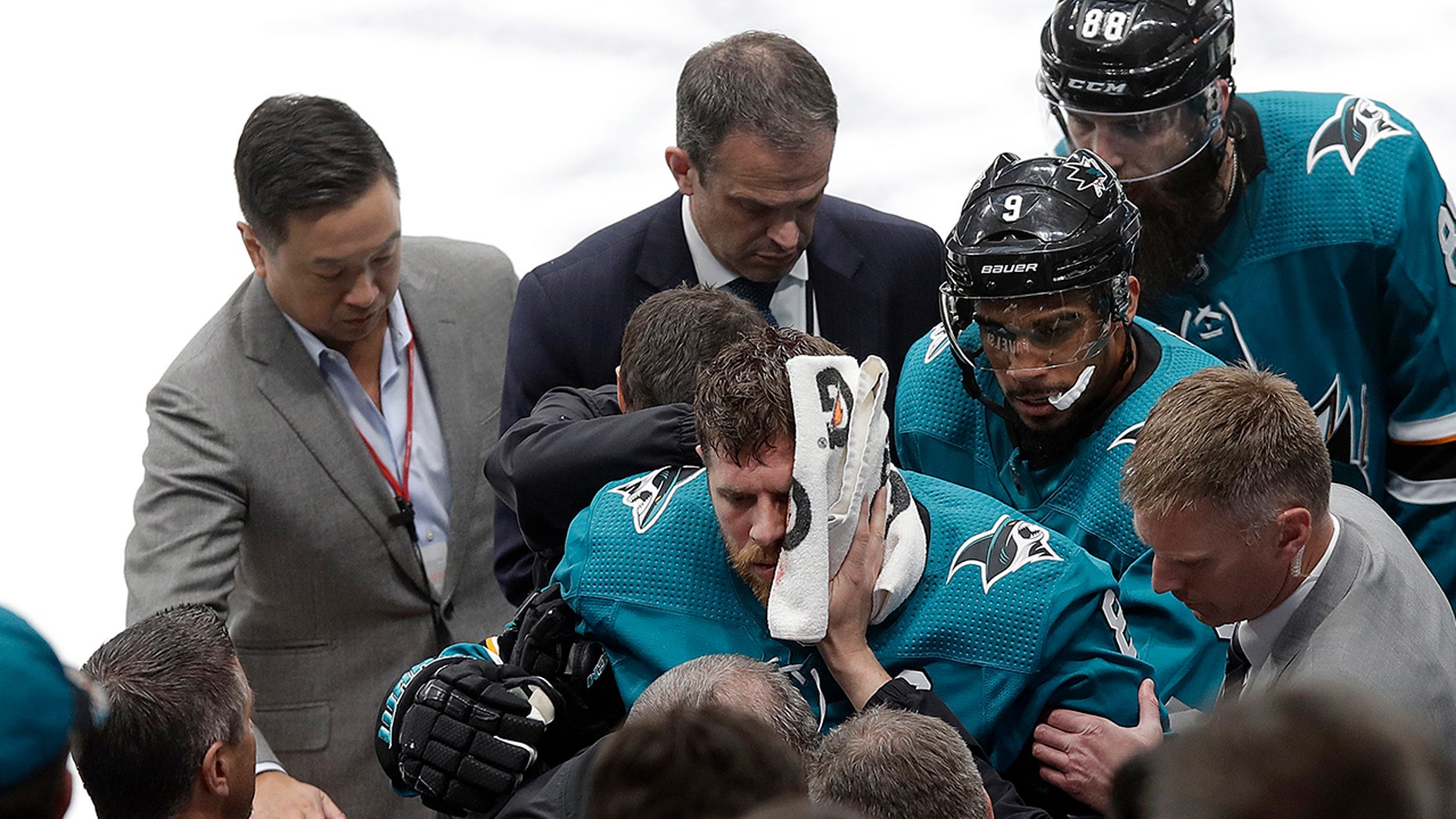 The Golden Knights had a chance to win the Stanley Cup taken from them because of a penalty that the officials weren’t originally planning to call.

The Sharks were down 3-0 in Game 7 of their first-round series and the Knights had it all but wrapped up when the referees made the decision to give Cody Eakin a major for cross checking Joe Pavelski. Eakin, who was Vegas’ best forward in Game 7, also received a game misconduct.

The Sharks scored four times on the ensuing major and won it on a Barclay Goodrow goal in overtime to advance with a dramatic 5-4 victory at the SAP Center in San Jose.

No one, no matter which team you are rooting for, wants to see a player injured and Pavelski looked like he was out cold. But this was not a dirty play nor an attempt to injure. The same play happened dozens of times in this game, with no injury and no repercussions.

Let’s be clear here, though: The Golden Knights did not lose this game, and as a result the series, because of this call.

Let there be no doubt about that.

It was a horrible call. At worst — worst — it was a minor for cross checking. Eakin shoves Pavelski in the chest after the faceoff and Pavelski loses his balance. Vegas forward Paul Stastny is attempting to get to the point and he bumps Pavelski, who fell and hit his head.

It was a routine hockey play, not an egregious penalty that deserved a major and a game misconduct. The referees didn’t even call a penalty when it first happened, even though one of the was looking right at it. It wasn’t until they saw Pavelski was badly hurt that they called the penalty.

And yeah, I’ve made the argument myself that if the referees call it a minor instead of a major, the Sharks score one goal on the power play, Eakin is back out there and the Knights more than likely close it out. But with Eakin, one of the teams’ best penalty killers, ejected, and another top penalty killer Pierre Edouard Bellemare injured and unable to play, the Knights’ didn’t have the veterans they needed in that situation to shut it down.

The stark truth Vegas fans may not want to hear is that the Knights were eliminated in the first round a year after making it to the Stanley Cup final because they were up 3-1 in games and 3-0 in the third period of Game 7 and couldn’t close it out.

In Game 7 on Tuesday, with Eakin ejected and Bellemare injured, their penalty killing wasn’t up to snuff when it needed to be. More importantly, the Knights seemed to momentarily lose their composure because of their angst about the call.

Those things happen during the Stanley Cup playoffs. The sobering reality for Knights’ fans is the VGK had plenty of chances to close this series out, starting last week in San Jose, and didn’t get it done.

When you look at it under that light, you can’t blame the referees, even though the call on Eakin was devastatingly incorrect.

San Jose scored four power play goals on the five- minute major to Eakin to make one of the great comebacks in NHL history. This game will be talked about for years to come, particularly since the Knights scored with 47 seconds left to tie it and force overtime. Too bad it ended after 1 in the morning on the East Coast and the audience for the game was limited.

It was as compelling as sports can be.

The Golden Knights only have themselves to blame, though, not the referees. Their penalty killing was epic for much of the night, but when they needed it the most, with a three-goal leading with only half-a-period remaining, it let them down.

The Sharks also deserve huge credit. They have one of the great power plays in the NHL, and they executed brilliantly under intense pressure. Sometimes when you lose, you have to look at the opponent and recognize it wasn’t all what you did incorrectly but also what they did right. The Sharks did a lot right on that five-minute major.

Obviously, athletes that make it to the highest level of their sport are more physically gifted than the rest of us. There is something else, though, that sets them apart. They have total belief in themselves under any circumstance. They know they can get the job done when it seems like no one else believes they can.

The call on Eakin seemed to unnerve them, though, and that’s the part that’s hard to accept for a Knights’ fan. There is always going to be adversity during the playoffs: Bad calls, bad bounces, injuries, you name it. The team that hoists the Cup is the one that does the best job of overcoming all of that.

The Knights briefly lost their composure when it mattered most Tuesday, and it gave them a bitter first-round defeat.

This was a team good enough to win the Cup that was eliminated in the first round.

That knowledge has to sting these players more than anything, even more than a referee’s bad call, as they prepare to hit the golf course.