Golden Knights have better players, but are they a better team? 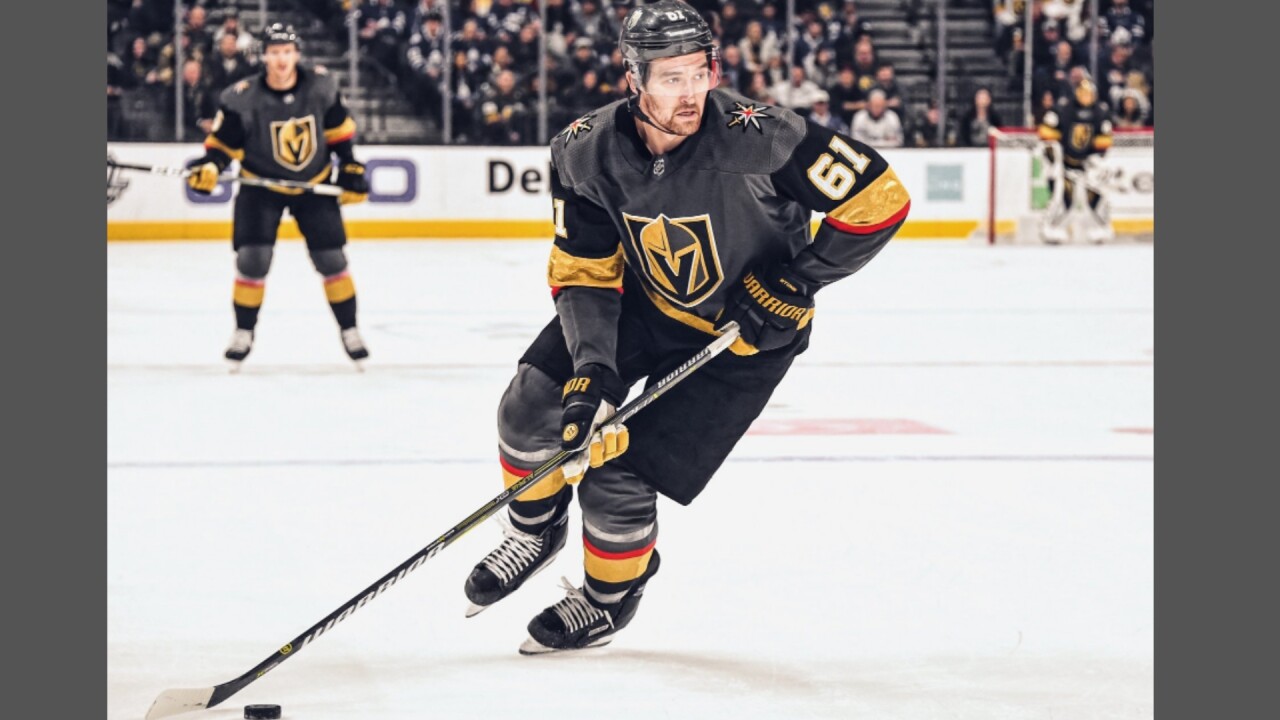 The two words to say to a Vegas Golden Knights’ player which are guaranteed to draw a blank stare are “last year.”

The Knights made an incredible run to the Stanley Cup Final in their first season in the NHL, and it’s hard to forget that. But players like William Karlsson, Jonathan Marchessault and Reilly Smith, who shocked the hockey world by combining to become one of the NHL’s top lines last year, are way past discussing that.

The Knights were in first place for nearly all of last season and then went 13-3 in their first 16 Stanley Cup playoff games before dropping Games 2 through 5 in the Finals to the Washington Capitals.

Things haven’t gone so well this year. Vegas is 33-26-5 after 64 games this year, which gives them 71 points and puts them in third place in the Pacific Division. They trail Calgary by 16 points and San Jose by 11, and only lead Arizona by six.

By that standard, it won’t be as good of a season.

Last season, though, was a disappointment in one way: Getting so close to the Stanley Cup and then falling short. Vegas won Game 1 of the Stanley Cup Finals 6-4 over the Washington Capitals last season and on May 30, 2018, were trailing Washington 3-2 when Braden Holtby made the save of the year in Game 2 on Alex Tuch.

If Tuch’s shot, which came with two minutes left in the game, goes in, Vegas ties it at 3-3 and has all the momentum. If it wins that game and goes up 2-0 in the Finals, who knows what happens? Washington would have played vastly differently down 2-0 rather than going home 1-1 and having seized the home-ice advantage.

There have been all sorts of reasons for the Knights’ struggles this year. Their top defenseman, Nate Schmidt, missed the first 20 games of the season. One of their top wingers, Alex Tuch, missed the first eight games of the season. Paul Stastny, their top free agent signing in the offseason, played the first three games and then missed 30 with a knee injury. Erik Haula, who was the team’s second-line center last year, has missed 49 games, and counting, with a knee injury.

Even Max Pacioretty, who was acquired in the offseason via a trade with Montreal to replace James Neal, who signed with Calgary, missed 13 games with a concussion. Despite that, Pacioretty is tied for the team lead with 20 goals.

So, perhaps it’s not all that surprising with the injuries and significant time missed by core players that the VGK isn’t winning at the same rate it did in its magical inaugural season.

But it’s no stretch to say this team is more talented — Vastly more talented, dare I say? — than the club which made it to the Stanley Cup Finals.

That’s evidence of how competitive professional sports are. There is a minute difference between the top teams and the also-rans.

The biggest difference personnel-wise for the Knights is at forward, where the second line of Neal, Haula and David Perron are out and have been replaced by Pacioretty, Stastny and Mark Stone. Vegas acquired Stone, the No. 1 player available at the deadline, in a deal with Ottawa on Monday.

Stone is one of the elite players in the NHL and is a leading candidate to win the Selke Trophy as the league’s best defensive forward. He had a remarkable impact on the team in his first game Tuesday, a 4-1 win over Dallas in which the Knights outshot the Stars 21-1 in the third. Stone, who didn’t have a point, was correctly named the game’s No. 2 star.

Man for man, this team is vastly better than the one which preceded it. Not all of the players are playing as well as they did last year, though none of them are having what could be considered bad years. Karlsson scored 43 goals last year, and while he may be lucky to end this year with 25, he’s still played superbly and is another great defensive forward.

The only change on the defense corps has been to replace Luca Sbisa, whom they chose not to re-sign, with free agent signee Nick Holden. And while Holden doesn’t remind anyone of Rod Langway, he’s been an upgrade over Sbisa.

Things are falling into place for the Knights nicely. They haven’t played one game this season with what would be considered their full lineup, but they’re getting close. Haula is expected to begin skating soon and could return to the lineup late in the regular season.

He’d be a huge addition, because that would allow the Knights to put these four lines on the ice in the playoffs:

One of the things the Knights haven’t had as consistently this year as they did last year was a forecheck. Early in this season, the fourth line of William Carrier, Bellemare and Reaves did a phenomenal job of kick-starting it and getting a cycle going and keeping the puck in the offensive zone.

They were on some nights the VGK’s top line, which is remarkable for a fourth line. Carrier is a fierce body checker and Reaves is arguably the toughest guy in the league. Carrier was leading the league in hits and Reaves was second when Carrier got hurt.

Without Carrier’s booming hits, it seemed the entire team took the foot off the gas pedal for lengthy stretches.

But now, as most players are healthy and Stone has been added, the team may finally hit its stride.

They’re almost certain to finish third in the Pacific, which would mean opening on the road at either Calgary or San Jose. That’s a tough task.

But this edition of the Vegas Golden Knights is a deeper and more talented team than the one that won the Western Conference and made it to the Finals. If Haula comes back, on any given night Coach Gerard Gallant will have to scratch either Carpenter, Carrier or Tomas Nosek, all of whom have been effective players.

So no, the Knights aren’t going to do what last year’s team did. They’re not going to put up 109 points. They won’t win the Pacific Division.

It’s not out of the question, though, that they could do one thing that the expansion Golden Knights didn’t do:

Parade the Stanley Cup down the famous Las Vegas Strip.